Located in South East Sweden but work all over Europe.

BoatShop.se is located in the town of Ronneby in Blekinge county. But we are working all over Europe with sales and brokerage of boats and yachts, and we also have partners spread all over Europe.

A passion for boats & yachts and long experience.

We have a long time experience of boats & yachts, engine overhauls and repairs. We also have over 15 years experience of international sales, B2B. The foundation in the company is the passion for boats in general. This together with our desire and will to create longterm relations with our customers and suppliers makes us stand out from the crowd.

Our goal is that every customer should be a returning customer!

Me who founded BoatShop.se is Robin Laurin. I am born and raised in Ronneby which is located along the south east coast of Sweden.

I got my first boat when I was 3 years old, a 2m long boat with paddles.

After a few weeks my dad bought a 2,2hp Mercury to my boat, and that´s where it all started.

Now after about 35 years, I have had a bunch of different motorboats. I have spent all summer, every summer with family and friends. I have overhauled engines and sterndrives, I have polished gelcoat for weeks. I have bought big boats that everybody advised me not to buy. I have been driving around half of Swedens coast from Strömstad to Gävle. I have met fantastic people, seen amazing harbours, islands and sunsets over the horizon, like those you dream about in the winter months.

I have tried a lot of different boats and engines, and learned incredibly much during the years. Anything that has to do with boats has been my biggest interest.

After many years as a salesman, sales manager and Scandinavian sales manager for a German company within the truck industry, I have finally realised what I want to do "when I grow up"

And it is THIS! Run my own company within the boat industry!

And that was how BoatShop.se was founded. 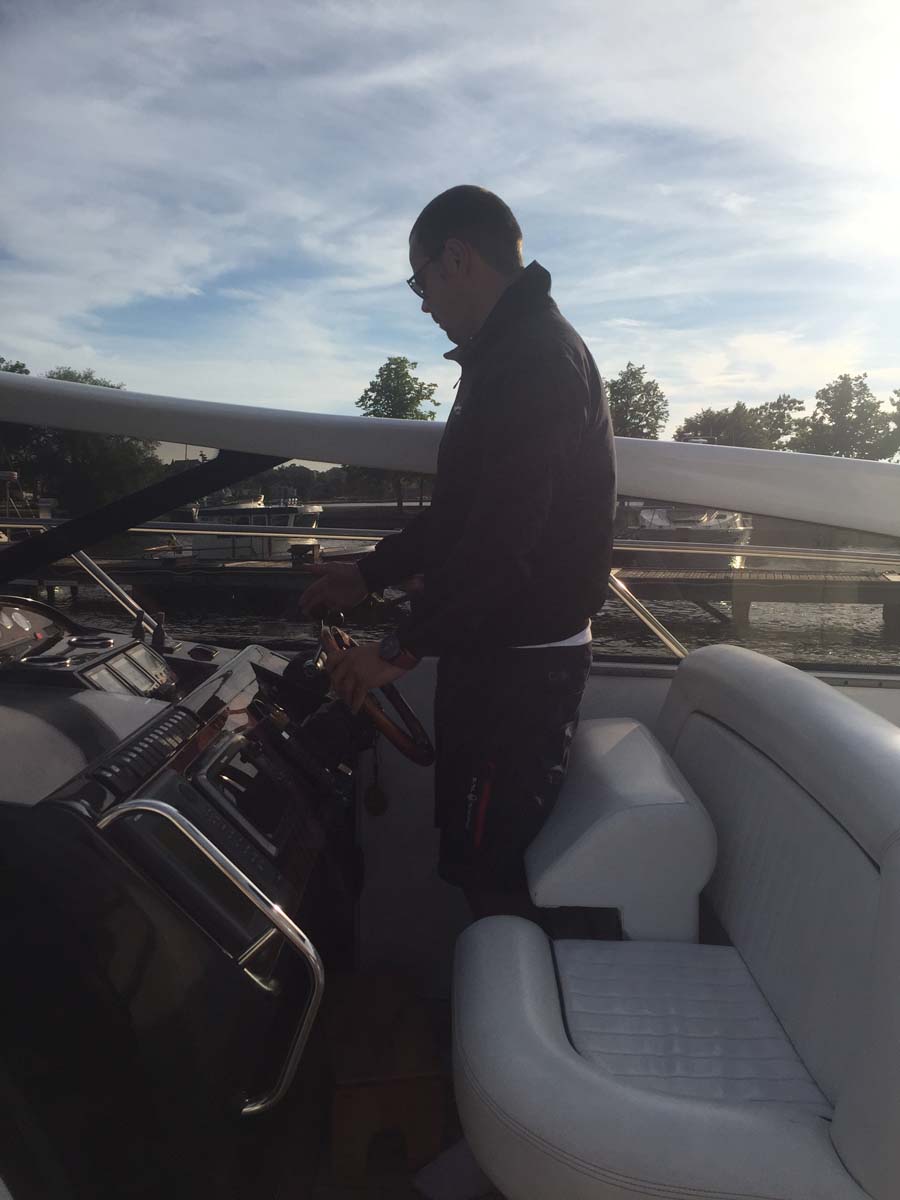 "The goal is that every customer should be a returning customer"

Get a heads up about our latest boats for sale before everyone else, and keep yourself updated on BoatShop news right in your inbox!